Yesterday, and throughout this journey, we've seen that bacteria and biotechnology can be used to solve great environmental problems, as well as make life better for many living creatures. 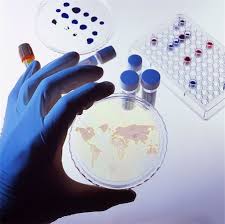 One promising area in biotechnology are biological sensors, or bio-sensors, which use genetically modified live organisms and cells to "sniff out" different things from an an emerging infection to a hidden explosive to toxic chemicals in groundwater or in your rivers. While the applications are many and the bio-sensors successful, the deployment of these is complicated by the fact that they require the release of genetically modified organisms in the environment.

The implications of the genetic circuits that go into these bacteria being released into the environment is being studied and can be concerning since many bacteria and other microbes are able to exchange genes, even between different species, using a process called horizontal gene transfer.

But it seems like this problem could be a thing of the past since MIT scientists may have found a way around this issue by encapsulating E.coli bacteria inside a tough, layered hydrogel shell. This hydrogel shell allows the bacteria to grow and function while while keeping them safely contained.

As a proof-of-principle, the scientist team showed that the encapsulated bacteria could still be used to detect heavy metal pollution in the Cambridge/Boston's Charles River.  This article speaks about their research in greater details: https://news.mit.edu/2021/bacteria-sensors-hydrogel-0405