To find this clue, you would have learned about the microanimal called the tardigrade, or more commonly referred to as the water bear.

These microanimals are able to withstand extreme conditions with them being found in every place in Earth's biosphere.. and now maybe on the moon! 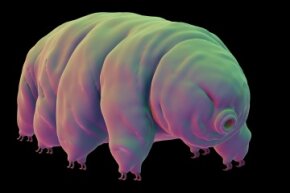 These little creatures are so durable they have survived all five major extinctions that occurred on Earth and are the first species to go to the moon and live there. Tardigrades are able to do this since they can dehydrate themselves to enter a dormant stage called cryptobiosis. This state allows them to survive extreme temperature, and even radiation and go without water or food for extend periods. You might have seen this called the tardigrade tun state since they curl up into a little dehydrated ball called a tun.

Cryptobiosis is something a lot of science fiction uses for long voyages in space where the person goes into 'suspended animation'. Teen Genetic Engineering Hero Patricia Rea was inspired by the cryptobiosis state of the Tardigrade for her research in making yeast survive below freezing. You can hear Patricia speak about her project here in a video by her school board.

Although tardigrades species survive extreme environments, since they do so as dehydrated and in a dormant stage (tardigrades require moisture to be active), they are not considered true extremophilic organisms; they are only able to withstand extreme conditions rather than live in them permanently. But did you know there are some species on this planet that are true extremophiles, organisms that survive in extreme environments such as the inside of a volcano or inside a block of ice? These types of organisms are extremely specialized and have adapted over time to withstand these extreme conditions to thrive in those types of environments. The planet's ecosystem is truly amazing! 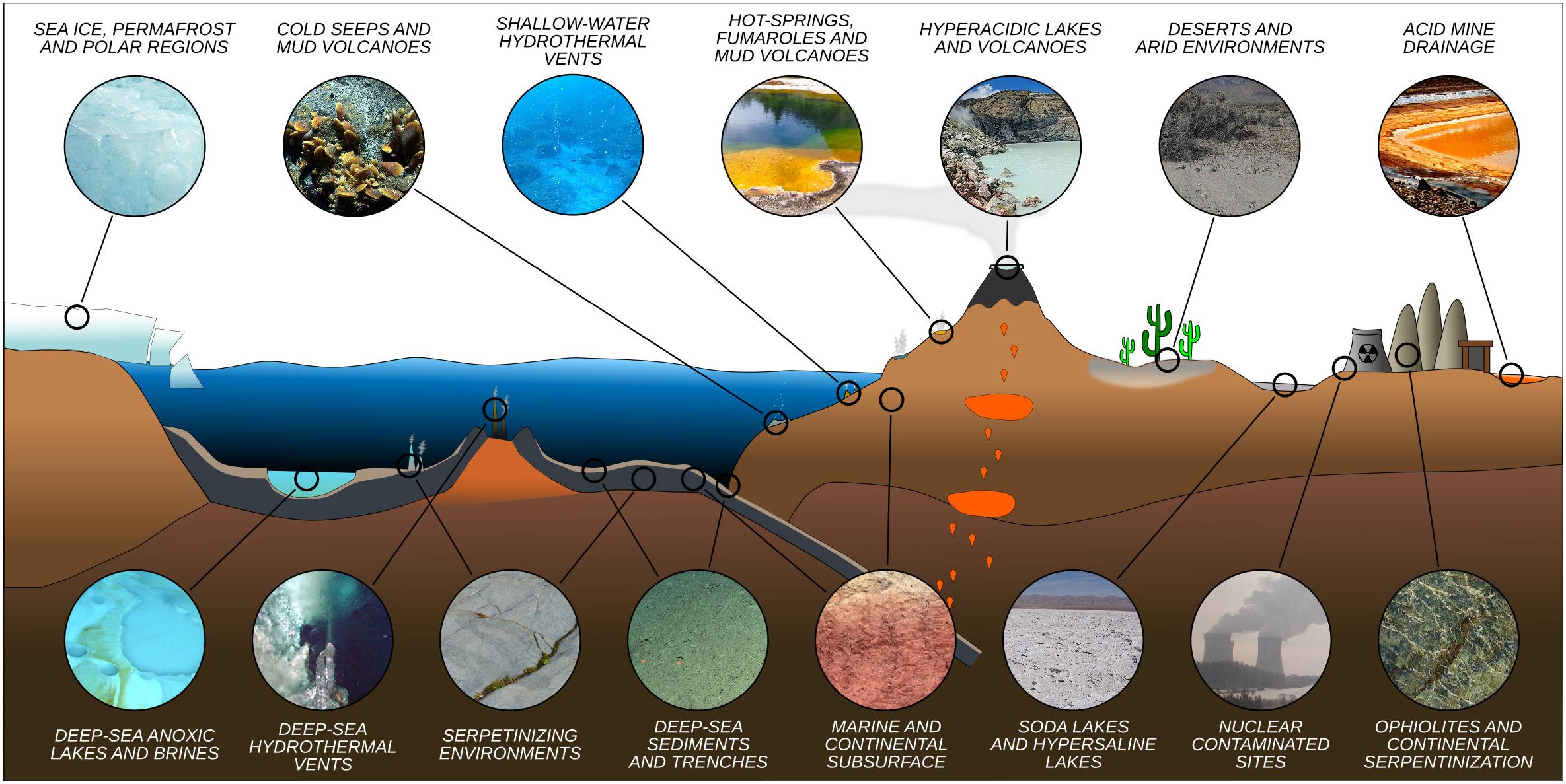 Representative idealized cross section of Earth’s crust showing the diversity of extreme environments and their approximate location. Source: Living at the Extremes: Extremophiles and the Limits of Life in a Planetary Context https://www.frontiersin.org/article/10.3389/fmicb.2019.00780

Of course, scientists are very inspired and curious about these extreme organisms. Like Patricia, biotechnologists around the globe are studying their DNA codes, or using the organisms directly to complete tasks. One of the most famous use of extremophiles technologies in science is for PCR.

PCR or Polymerase chain reaction is a widely used method that lets you make millions or billions copy of a sample of DNA code so that you can "amplify" the sample and study or use it. From forensic science to genetic engineering, diagnosis and monitoring of hereditary diseases to amplification of ancient DNA and parentage testing all the way to the diagnosis of infectious diseases PCR helps us everyday. Indeed, it is such a fundamental and popular technology that you may have used it yourself in school, university or in a lab. The enzymes that make the PCR reaction work were found by Kary Mullis thanks to the extremophiles T. aquaticus. Thank you T. aquaticus! 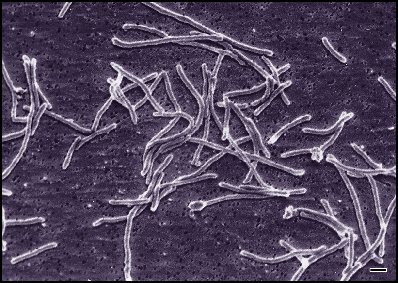 Other applications of extremophiles in biotechnology include in Biofuels. Some extremophiles are called methanogenic extremophiles. These can live almost anywhere and are the most widespread. What makes them particularly useful for biofuels is that they can take simple organic compound and use them to synthesize methane as their source of energy!  So scientists use methanogenic and thermophilic (who can survive extreme temperatures) organisms to take in some food sources like sugars, cellulose and other waste products to produce methane, butanol and biodiesel. While these are done as small scale experiments for now, scientists have recently found some extremophile strains of algae, Cyanidium caldarium, that seems promising for larger scale production.

Extremophiles are separated in different classes depending on which extreme environment they live in. Here are some:

Of course, you can also find polyextremophiles, organisms that qualifies as an extremophile under more than one category. Crazy!